Missouri’s Rock Island Spur of the Katy Trail is now ready for cyclists and pedestrians! These two trails already intersect in Windsor, Missouri and will continue east and connect a second time just a few hundred miles to the east.

The Rock Island Trail is part of the Missouri State Parks “rails-to-trails” initiative which will stretch over 200 miles across the state of Missouri. Missouri’s trail system will create a 450 mile loop by intersecting the Katy Trail on both the western and eastern sides of the state.

The Rock Island Trail is now open between Windsor and the Kansas City suburb of Pleasant Hill. In the future, it will expand further westward through Kansas City’s suburbs, and eastward toward the St Louis area. On the western end, Jackson County has opened a seven mile segment from Lee’s Summit halfway to the Truman Sports Complex at I-70. The other half will open in late 2020 or early 2021. 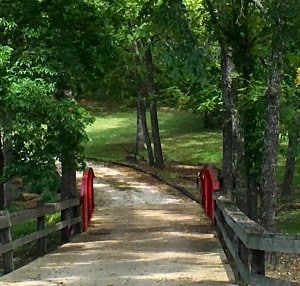 Missouri’s Katy Trail is a “must ride” for cyclists from all over the country, offering over 200 miles of scenic uninterrupted trail. The citizens of Missouri are fortunate to have this amazing gem in their backyard. It is finally within easy reach of the Kansas City area now that the Rock Island trail connects the Katy Trail to KC’s outer suburbs.

In 2008, the state of Missouri gained control over a portion of the old Rock Island railroad right-of-way. This section runs from Windsor, where it intersects the Katy Trail, northwest into the suburbs of Kansas City.

The remaining 144 miles of the Rock Island Trail will run from Windsor to Beaufort, which is about 16 miles from Washington. With the new bike-friendly bridge at Washington, trail users will be able to easily make the connection to the Dutzow trailhead on the Katy Trail.

Along the trail there are many small towns that offer a slice of midwestern life.  There are many forms of lodging along the way but bed and breakfasts are among the favorite for those seeking a unique rest along their ride.

At the Rock Island Trail Head in Pleasant Hill, Walnut Waters Bed and Breakfast is a relaxing oasis just 15 miles from the trailhead. More information on maps, things to do and places to stay along your ride can be found at the website www.bikerockisland.com .